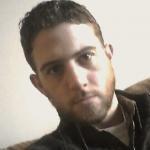 Greetings all, I'm a pretty new EMT-B who found himself in paramedic school a lot sooner than he thought he would. So, whose green? I'm green. Looking forward to relying on you folks for your expe

Welcome to the club. We're all a bit green around here...some with decay.

Welcome, despite the fact that you have been welcomed by our resident psych cases, we are a pretty normal bunch around here. You did the right thing by going right to medic school and don't let anyon