By bbledsoe,
October 3, 2011 in Line Of Duty Deaths & other passings

Richard B the EMT

Stand easy and stand down, DustDevil, we'll continue from here what you started.

So long DustDevil....we had some good times in both Iraq and Florida. Will miss ya buddy! 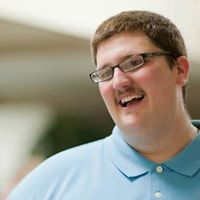 I can honestly say that if it weren't for Rob (Dustdevil) I would not be an EMT anymore, nore would I be a medic student hopeful who even though I will not walk out with a degree in EMS I will walk ou